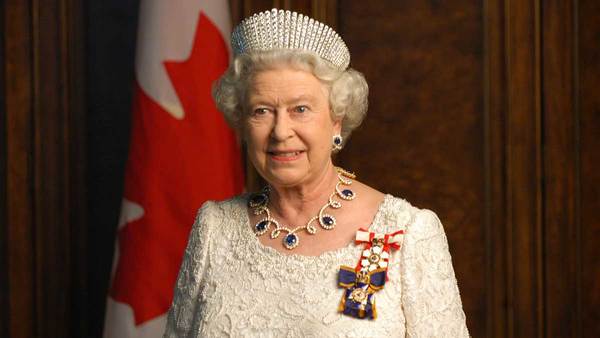 Queen Elizabeth delivered a rare, televised message April 5 urging self-discipline and resolve in the midst of the coronavirus pandemic and thanking health workers on the front lines of the crisis. She provided a “rational, calming” voice according to a University of Notre Dame communications expert.

“I am speaking to you at what I know is an increasingly challenging time,” the queen said. “A time of disruption in the life of our country: a disruption that has brought grief to some, financial difficulties to many, and enormous changes to the daily lives of us all.”

“While we have faced challenges before, this one is different,” she said. “This time we join with all nations across the globe in a common endeavor, using the great advances of science and our instinctive compassion to heal. We will succeed — and that success will belong to every one of us.”

Apart from her annual Christmas message, the queen has made only a handful of special broadcasts at critical moments of her 68-year-reign. She took to the airwaves during the Gulf War, following the death of Princess Diana, and following the death of her mother. This particular message came not a moment too soon, according to rhetorician James S. O’Rourke, professor of management at Notre Dame’s Mendoza College of Business.

“The queen did precisely what I thought she would,” O’Rourke said. “Somehow, no matter what the occasion, she always seems to know exactly what to say, and once again, her remarks were spot-on. She provides a far more rational, calming voice than her prime minister, Boris Johnson, minister for the cabinet office Michael Gove or others in her government whose sole focus of late has been telling the rest of Europe to go away.”

“The queen did observe one primary rule of public speaking: the value of brevity,” O’Rourke said. “This was more than just encouragement, though, it was direction to the people of Britain from their head of state. And, in many ways, recordings of this speech will serve as an instructive tool to students of public speaking for a number of years.”

“I hope in the years to come, everyone will be able to take pride in how they responded to this challenge,” the queen said, "and those who come after us will say that the Britons of this generation were as strong as any."

The U.K. is now on “soft lockdown” as Prime Minister Johnson has contracted coronavirus, along with the Prince of Wales and nearly 50,000 citizens.

“Britons have not faced such grim circumstances since the darkest days of World War II,” O’Rourke said. “Now, more than ever, the people of the UK must have someone to rely upon – someone whose word they can trust and who will both reassure them and tell them the truth. No one other than the Queen quite fits that description just now. This was precisely the right moment for Elizabeth to reassure Britons and the world that we’re in this together, and together we shall get through this.”

Elizabeth II is the longest-reigning monarch in the world. At age 93, she continues her duties and appears strong as ever. Palace insiders acknowledge that she writes her own speeches and prepares her own remarks.

“Queen Elizabeth is, without question, a remarkable woman who has served her people well,” O’Rourke said. “Even my Irish-American classmates from Notre Dame now acknowledge the value she’s delivered, not just to the U.K. but to the world."

Originally published by Shannon Roddel at news.nd.edu on April 06, 2020.